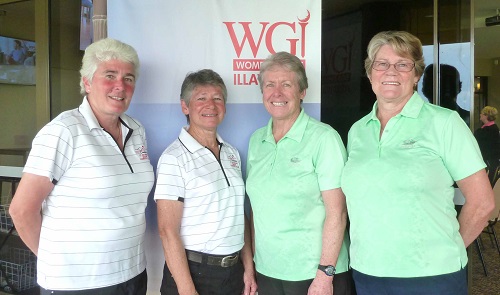 This event is a 4BBB Par and was played at Wollongong Golf Club on Monday 7th September. Once again, due to the number of entries at club level, 2 pairs from the WGI District were able to progress to the State Final. Liz Cullen & Jenny Hartman from St Georges Basin (score +6), as well as Jamberoo players, Margaret Cook & Judi O’Brien (score +5), won the right to progress to the State Final at Bonville Golf Resort. The State Final is 36 holes played over 2 days on 25th & 26th November.

The event was played in conjunction with a WGI Open 4BBB Par competition. Judi Newell & Val Leiner from Wollongong Golf Club won this open event with a score of +8.